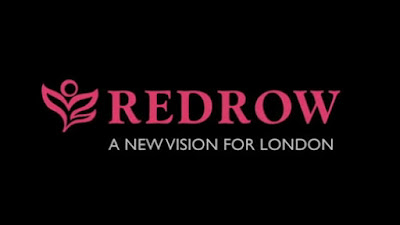 1324a5 It remains to discuss whether the happiness of the city is the same as that of the individual, or different. The answer is clear: all are agreed that they are the same. Those who believe that the well-being of the individual consists in his wealth, will also believe that the city as a whole is happy when it is wealthy. Those who rank the life of a tyrant higher than any other, will also rank the city which possesses the largest empire as being the happiest city. Anyone who grades individuals by their goodness, will also regard the happiness of cities as proportionate to their goodness.
Extract from Chapter II, Book VII of Aristotle’s Politics

Much as the analysis of advertising proved to be an eye-opening window into the libidinal underpinnings of the twentieth century’s very irrational consumer mind, the marketing for residential-led developments has more recently proven itself to be a convenient way of gaining insight into what property buyers are drawn to in a city, and in a home. Because of the increasingly yawning gap between the stratospheric prices of many flats and their consequently disappointing reality, the intensity and psychological brio of these marketing campaigns has reached a fever-pitch of ideological clarity in the attempt to reconcile the two.

Their approach can be roughly divided into the targeting of two main areas of desire. On the one hand there is the drive for uniqueness, the need to feel special, better than everyone else, as was traditionally embodied through affectations of luxuriousness. Coming to predominate now in this approach is the use of L’Oreal style exhortations of indulgence and singularity regarding the buyer and the home, phrases which have no link whatsoever with the physical reality of the buildings or places themselves, but are related solely to how the purchaser is meant to feel about his purchase. Redrow’s recent trailer for its One Commercial Street development is the most explicit expounding of this tactic to date, with barely a glimpse of any aspect of the building whatsoever apart from the view, whilst a character narrates phrases like “But if it was easy, then it wouldn’t feel as good. To look out at the city that could have swallowed you whole and say ‘I did this’. To stand, with the world at your feet.”[1]

On the other hand there is the drive to not be alone, for the opposite of luxurious isolation, for its therapeutic amelioration in urban form through the connection with something specific to a given place. It is the instrumentalisation of this kind of artificially located authenticity that has seen the greatest proliferation in recent years, with videos of local markets and galleries jostling against phrases about how you will “be enriched by the alluring tapestry of culture and flavours bursting from every direction”[2], and even tabula-rasa behemoths like Battersea being “designed to nurture interactions and inspire enduring relationships,” their website earnestly entreating buyers with such unintentionally terrifying phrases as “In and through community lies the salvation of the world”[3].

Through these campaigns we can read the desire for perfectly acceptable, even civic forms of socially beneficial human fulfilment which are being perpetually deferred, since their object cannot be achieved in the purchase of the very items being advertised as representing their fulfilment. It is laudable to aim for excellence, to have as your goal the rising above others in the pursuit of one or another form of supremacy. It is a wholly positive impulse to be part of a community and to participate actively in the ballad of perpetual happenstance that we call a city. Purchasing a home in one of these developments means in fact that not only are you very much not achieving either one of those things in any way whatsoever, but it is the very object you are purchasing which in its numerical accumulation across our cities is slowly eradicating those things it purports to embody. No-one may excel in any unique manner in a town in which everyone is exactly the same, of the same income level with the same kind of jobs and the same kind of backgrounds. Community and singularity are eradicated by the disappearance of those who require coming together to subsist and of those who run specific, and enriching but not hugely profitable enterprises.

The pressure to buy a property of such hyper-inflated value that you will effectively be enslaved to a bank for the rest of your life servicing a debt that bears no relationship to any income you could ever really achieve, is a sophisticated form of crowd control, of enslavement and pacification. The populist demagogue of home-ownership is herding the crowd towards a destination that is wholly against its own self-interest.

Very few people value wealth above all else, precisely the opposite, the accumulation of wealth now needs to masquerade as the fulfilment of more substantial goals because otherwise it could never be accepted for what it is, namely the massive restructuring of our society through the transformation of housing into the primary yielding asset type in a newly evolving rentier class of debt holders, shareholders and land owners.

As Aristotle pointed out in his Politics, the happiness of a city has much in common with the happiness of the individuals which constitute that city, and the form a city eventually takes will be governed by the characteristics its populace value most highly. Our cities, and London in extremis, are being refashioned as constitutional Oligarchies in which the many may be democratically represented, but in economic reality they spend their lives servicing the wealth of land owners and lenders.

That does not lead to the kind of city that embodies values most contemporary citizens would claim to prize. It is not leading to the kind of city that creates as much happiness amongst the most people as possible, and neither is it leading to a city that encourages vigorous meritocratic competition, it is moving rapidly towards the total consumption of both the private[4] and the public realm by the forces of speculation, and this will lead to only one thing: the death of the liberal city.


[1] From the Redrow marketing trailer for One Commercial Street now pulled from their site
[2] From the website for the Lexicon http://www.lexiconlondon.co.uk/in-the-area
[3] From the website for the Battersea Power Station Development https://www.batterseapowerstation.co.uk/#/view/app/placeCommunity/109?view=charter
[4] By Private realm I mean the domain of the family, and the premises of businesses as opposed to the public sphere of exchange.
Posted by Adam Nathaniel Furman at 19:15