The Idea of a City 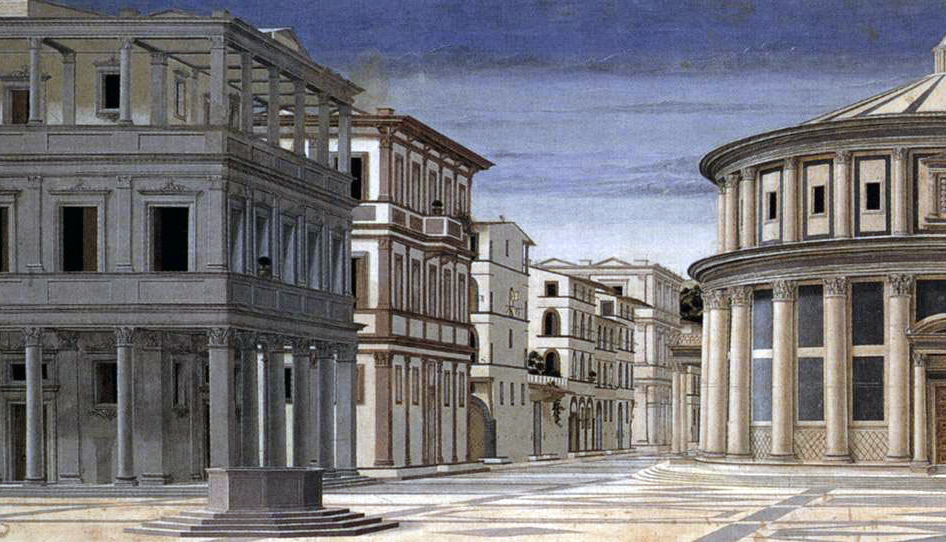 In dialogue with Glaucon in Plato's republic, Socrates defends his 'reasonable', but apparently unfeasible notions for the ideal city-state -Kalipolis- as being an exploration in the realm of ideas, and hence above the distracting contingencies of practical consideration, and in any case Kalipolis -in its perfection- will ultimately be imitated imperfectly by reality in pursuit of betterment, placing it above humdrum reality and any of its own specific and flawed progeny.


"'Do you doubt an artist's competence if he paints a paradigmatically good-looking human being, and portrays everything perfectly well in the painting, but can't prove that a person like that could actually exist?''I certainly do not,' he protested.'Well, aren't we saying that we're trying to construct a theoretical paradigm of a good community?''Yes.''Then do you doubt our competence as theoreticians in this context if we can't prove that a community with our theoretical constitution could actually exist?''Of course not,' He said.'So that's how matters really stand,' I said. 'However, if for your sake I also have to apply myself to proving how and under what circumstances it might get as close as possible to viability, then although this is a different kind of argument, I must ask you to make the same concession as before.'

'Is it possible for anything actual to match a theory?Isn't any actual thing bound to have less contact with truth than a theory, however much people deny it? Do you agree or not?'

'So please don't force me to point to an actual case in the material world which conforms in all respects to our theoretical construct. If we can discover how a community's administration could come very close to our theory, then let's say that we've fulfilled your demands and discovered how it's all viable. I mean, won't you be satisfied if we get that close? I would.'

Posted by Adam Nathaniel Furman at 17:18 No comments: